5 things to know about Semen Analysis

Although infertility rate has remained the same during the last century (10-13% of couples faces problem of infertility), discussions upon the matter still indicate our ignorance.

What have men learnt since the discussion on infertility started?

Today, infertility is considered to be a pathological condition. Thus, it is highly significant for the man and woman to check  their ability to achieve a pregnancy and take measures to improve this ability of theirs and, as a consequence, to increase their chances to conceive.

Semen Analysis, as defined by the World Health Organisation. What is considered to be normal?

As stipulated by the World Health Organization (WHO) having set specific official guidelines, spermcheck should be performed both macroscopically (without the use of a microscope) and macroscopically. There are also other more specific tests recommended by the couple's therapist physician depending on the case, in the effort to identify and diagnose the cause of the problem (Urologist, Endocrinologist or Gynaecologist), monitor testicular function and trace the course sperms follow within the male body. However, focus is placed on evaluating mainly five microscopic parameters determined by WHO. Even though only one of these five parameters on its own is not sufficient, it may still affect chances for conception -all five factors being equally important. It should be pointed out that since 1999 there have been no "normal values" defining whether someone is fertile or not. Studies demonstrate that there are only 'reference values': the closer to respective reference values, the more likely to conceive.

Which are the five major parametres in male fertility testing?

Total Spermcount (Total Sperm Number) –  the total number of sperm cells (spermatozoa) in the entire ejaculate sample. The higher this number, the more likely for the sperm to achieve conception. According to the WHO reference value, the sperm cell  has more chances when containing over 40 million spermatozoa. 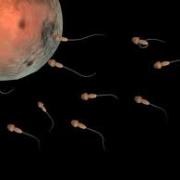 Sperm Motility (Velocity): Although extremely small in size, the spermatozoa have to carry out a very long journey. That is why they have a tail (flagellum)  that they use as a propeller to increase their highly significant movement ability. Even if having millions of spermatozoa produced in the testes, this may not be sufficient for the simple reason that,  in case they cannot move or just a few of them can move, only a small number will ultimately manage to 'swim' all the way through the female reproductive tract  to finally meet the oocyte (egg) that is released in the ovary. Therefore, there are more chances for conception when over 40% of spermatozoa within the seminal fluid are really able to move!

Motility Grade – The movement ability is not enough on its own; therefore, it is important to investigate the way in which the spermatozoa move: whether they move 'on the site' (non-progressive motility) or they follow a curved or circular movement (non-linear motility). For example, if they move around themselves, it will be hard or even impossible for them to reach the femal oviduct (uterine tube). On the contrary, if at least 25% of spermatozoa move fast in a straight  line (progressive linear motility), it is much more likely for them toreach their target. Motility grade is scored according to a 4-grade scoring scale- with 4 responding to the fast progressive motion and 0 to total lack of motion. 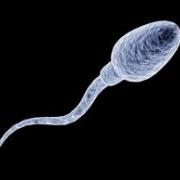 Μorphology –  This parameter concerns the external appearance of spermatozoa, i.e. their size and shape. The better formed they are, the more likely to be healthy, move faster and more easily through the female reproductive tract and ultimately succeed in penetrating the oocyte (egg). As special training is required, new criteria have been set for sperm morphology evaluation during the last years. The stricter these criteria, the more spermatozoa will be found with abnormalities. Normal sperm morphology -based on strict criteria- was found to be closely correlated with sperm fertilization capacity. According to Kruger's criteria, in a seminal sample it is enough even  if only 4% of spermatozoa are morphologically normal!

After all, what should one focus on?

The high standard of a semen analysis may vary widely, depending on different time points in a man's life and on the experience, specialization and specifications of laboratories. In order to avoid inconvenient, stressful and exhausting repetitions of sperm tests in order to have a final and reliable evaluation, it is crucial for a man to trust medical experts specialized in semen analysis, complying with the official guidelines of the World Health Organization (WHO) and European Society of Human Reproduction and Embryology (E.S.H.R.E.).